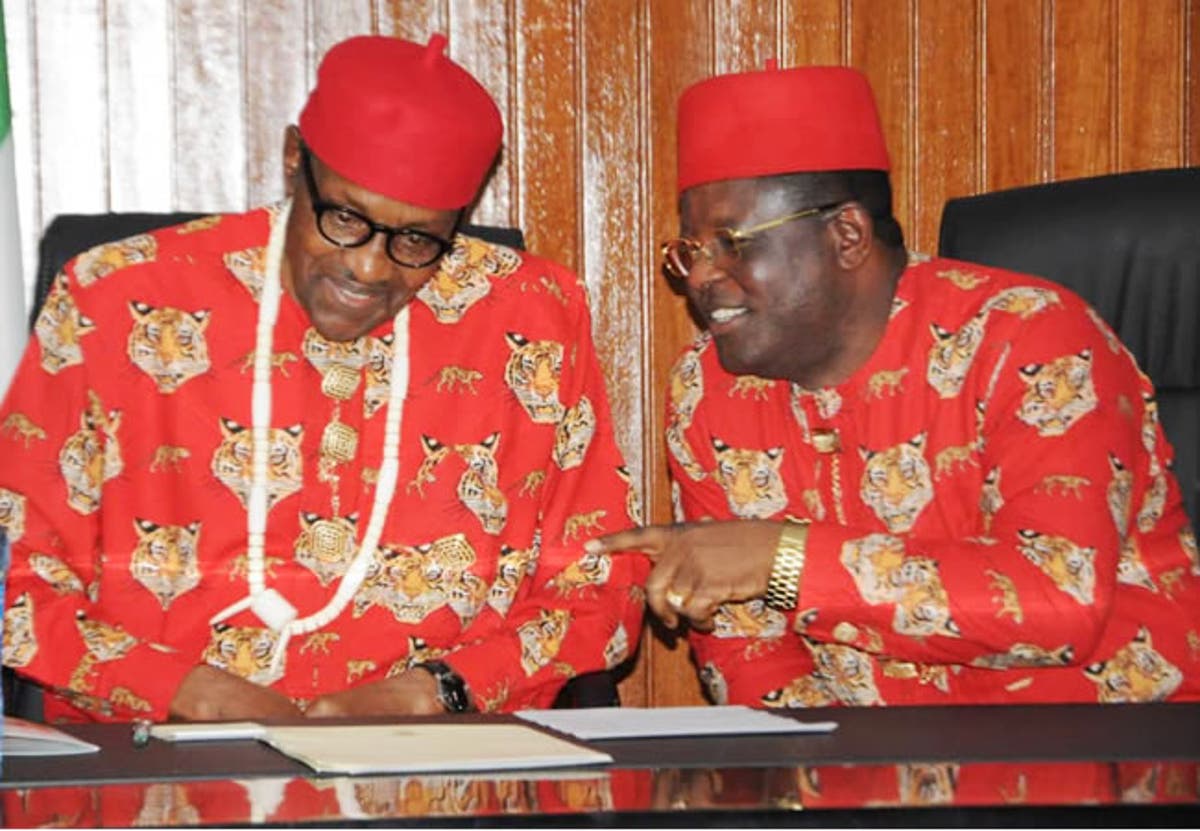 The Governor of Ebonyi State, Dave Umahi, has formally defected from the opposition Peoples Democratic Party, PDP, to the ruling All Progressives Congress, APC.

Umahi who defects along with members of his administration says that the south-east geo-political zone has suffered injustice from PDP. Governor Umahi is chairman of the south-east governors forum.

Umahi’s defection comes after days of speculation culminating in APC south-east caucus meeting in Abuja on Monday night into early hours of Tuesday.

The south-east has been clamouring for zoning of the 2023 presidency to the zone which Umahi accuses the PDP of short-changing the zone.

Umahi last Tuesday told a delegation of the PDP NWC led by the National Chairman, Uche Secondus, that he had made up his mind to leave the PDP, is believed to have been making overtures to his Abia State counterpart, Dr. Okezie Ikpeazu, to go with him to the APC.