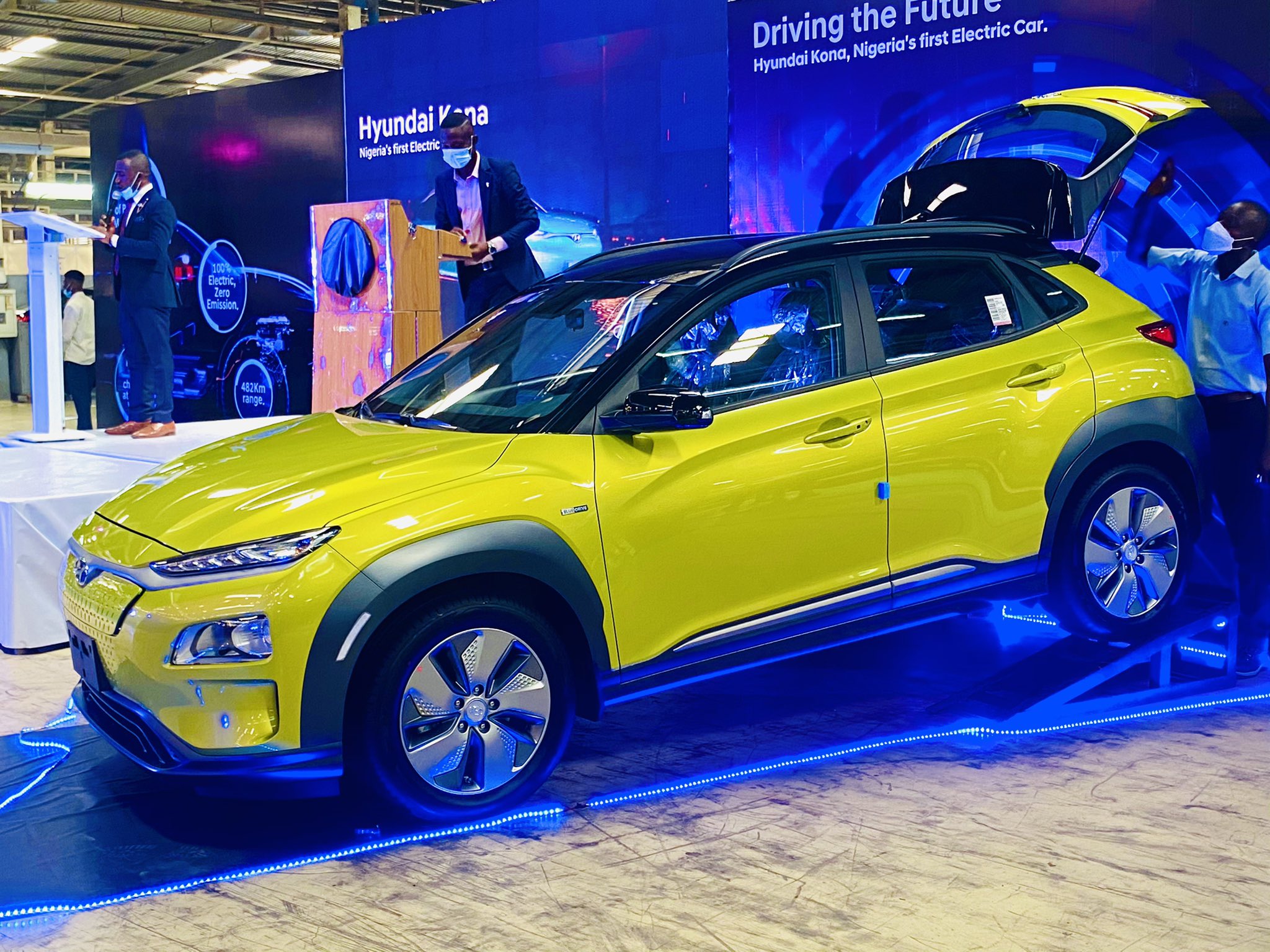 The Lagos State Governor, Babajide Sanwo-Olu, on Friday participated in the official launching of what has been described as Nigeria’s first assembled electric car.

Speaking on the Hyundai Kona car, assembled by Stallion Group Automobile at Ojo in Lagos, Governor Sanwo-Olu said with the unveiling of the car, Nigerians can now drive electric cars, noting that Lagos remains the hub for the nation’s economy & a pacesetter in industrialisation.

The Hyundai Kona car is 100 per cent electric and comes with zero-emission, 482km driving range and can be charged both at home and workplace.

The Governor said: “We are not just launching Hyundai Kona, Nigeria’s first electric car assembled in Lagos, we are indeed empowering and creating youth employment. We are also creating an opportunity for teeming youths of this nation.

“The future that we see is the future of technology and this is the technology that we are talking about. This is 21st Century technology that has been brought into our country. With hardcore manufacturing companies like Stallion Group Automobile, we can begin to see the need to dis-emphasise mono-product, which is oil. “With the innovation of Hyundai Kona, we do not need to put the pressure on what the pump price of oil is again, what the pump price of petroleum is.

Sanwo-Olu while stressing his administration’s commitment to the growth of businesses in the State, said Lagos State Government will partner with Stallion Group Automobile as well as private industries in the State and create an enabling environment for them to do well so that they can create job opportunities for the youths.

He also assured that Lagos State Government would be partnering through Ibile Oil and Gas and other private organisations to create different charging points in Lagos so that people will have the opportunity of where they will charge the electric cars.

In his remark, the Managing Director of Stallions Group, Rohtagi Manish, said the innovation is a step towards keying into an eco-friendly green Lagos, as the material used to assemble Nigeria’s First one hundred percent Electric zero-emission car was mostly sourced locally.

Meanwhile, the Governor restated his administration’s commitment to the completion of the Lagos-Badagry Express road and also to embark on the construction of the phase two of Aradagun Imeke road.