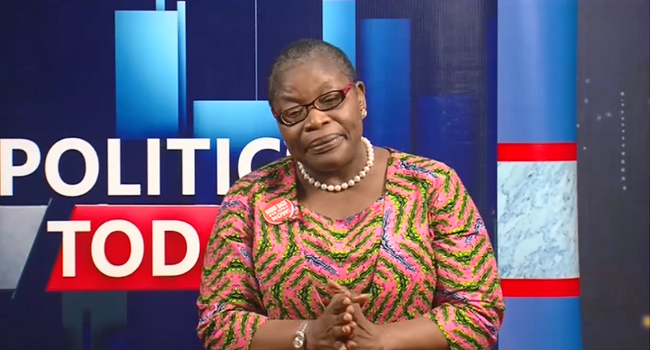 Former candidate of the 2019 presidential election, Oby Ezekwesili, is yet again advocating for better governance in Nigeria, as she says more attention has to be given to improve the electoral process in the country.

According to her, there is currently a serious deficit of electoral influence in the society and the overall functionality of a society is dependent on the quality of its politics.

“Politics is extremely co-related with whether society functions or does not function. Secondly, politics is what happens in order to be qualified to be called a democracy,” Ezekwesili said during an interview on Channels TV’s Politics Today on Wednesday.

Her remarks followed the public launch of her #FixPolitics Initiative, which according to her, is aimed partly at discovering the relationship between politics and the economic performance of countries.

“I was interested in probing (that) because I had stepped down from running for office and what I had seen of politics in that very short period that I was in it, just opened my eyes to the fact that in fighting the issue of governance, we were waiting for too late in the day, that its politics that drives what ultimately becomes governance and so I wanted to see how politics could relate with economic performance of countries, so I had to go and have that reflection through the award of the fellowship in Berlin,” she said.

“A key finding is that any society ignores it politics at its own peril,” the former minister added.