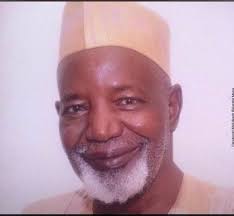 The Peoples Democratic Party (PDP) says it is deeply grieved by the death of the former governor of old Kaduna State, Alhaji Balarabe Musa.

Mr Balarabe who the PDP described as an elder statesman and outstanding democrat, died in the early hours of Wednesday at the age of 84, after suffering from a protracted illness.

Speaking to news, the PDP described Balarabe’s death as a huge national loss given his steadfastness, patriotic contributions, and zeal in fighting for the unity, stability, and development of our nation.

“Alhaji Musa was a forthright leader, an embodiment of ideals, who spent the better part of his life championing the entrenchment of justice, equity, fairness, and rule of law in every sector of our national life, despite the challenges he faced,” the party’s statement partly read.

The opposition party commiserated with the Balarabe Musa family, the government, the people of Kaduna state, as well as his friends and associates.

PDP prayed that the Almighty God grants eternal repose to the elder statesman’s soul and fortitude to the family and the nation at large, to bear this irreparable loss.

The remains of the First Executive Governor of Kaduna State, Alhaji Balarabe Musa, have been interred in Kaduna on Wednesday.

He died of a heart attack in the early hours of Wednesday at age 84 in his Kaduna residence.

Musa was buried at the Ungwan Sarki Cemetery some few minutes to 5:00 pm, shortly after Islamic funeral prayers were held for him at the Sultan Bello Mosque at Ungwan Sarki.