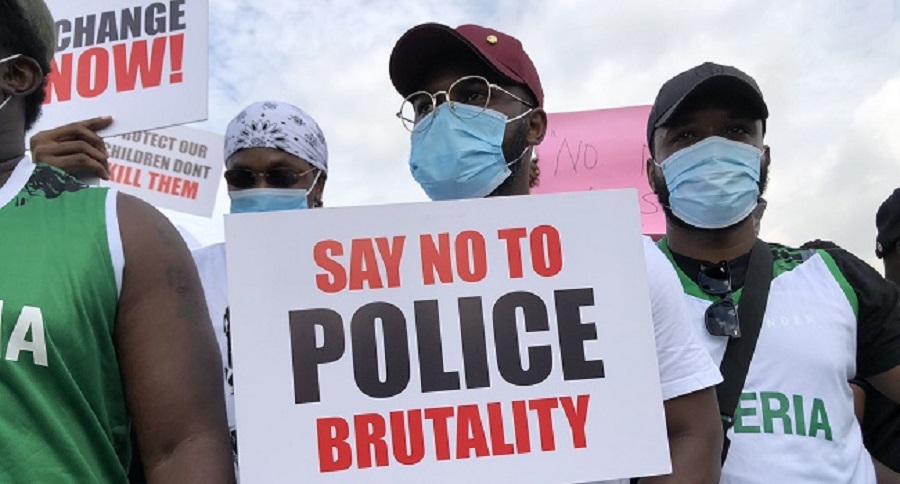 A human rights activist, Mr Kenechukwu Okeke, on Tuesday filed a criminal complaint at the Magistrate Court in Abuja Against 50 persons including musicians Burna Boy, Tiwa Savage, Davido and the Senior Pastor of Daystar Christian Centre, Sam Adeyemi for their roles in the #EndSARS protests that took place nationwide in October.

Okeke said the defendants through their Twitter accounts “did conspire to commit misdemeanour, to wit, promoting or acting in such a manner to assist in the promotion of unlawful assembly under the guise or composition of #EndSARS.”

Okeke claimed that the defendants “committed an offence punishable under Section 97 (2) of the Penal Code Act, C53 of the Federal Republic of Nigeria, 2004.”

He said the protest was aimed to “cause persons in the Federal Capital Territory to fear on reasonable grounds that such assembly needlessly and without reasonable occasion may provoke other persons tumultuously to disturb peace.”

Okeke said his properties were “egregiously destroyed by some riotous and tumultuous persons instigated by the defendants.”

The claimant stated that he has comoutet-based evidences and facts, pointing to the culpability of the defendants in the #EndSARS protest he described as an ‘unlawful assembly’.

The suit comes after an association of governors from Nigeria’s northern regionlast week held an emergency meeting where they announced that censorship of social media was one of the most critical subjects of their deliberation.

Meanwhile, no date has been fixed for the hearing of the suit.