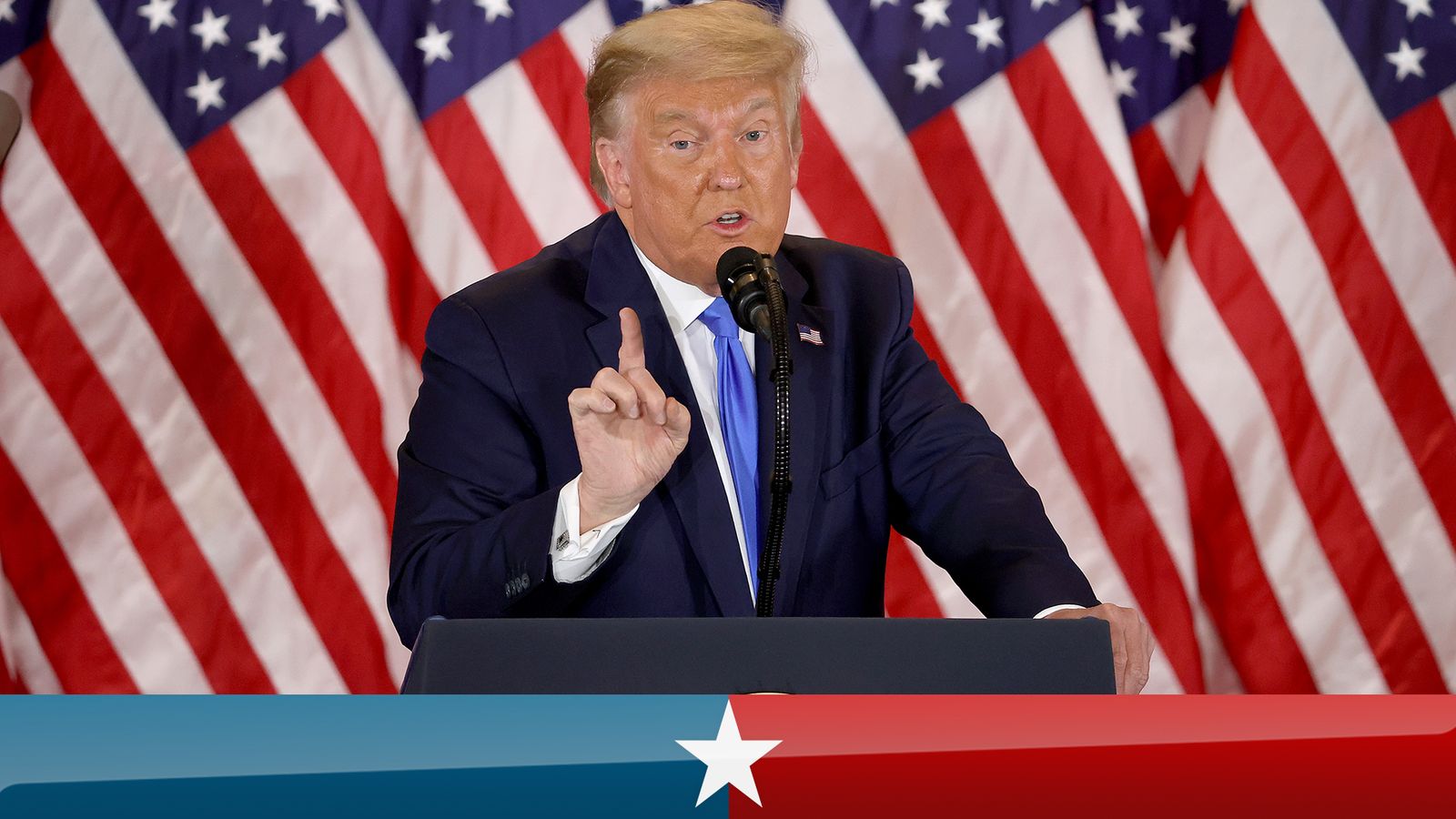 Meanwhile, White House press secretary Kayleigh McEnany is adamant that the US election result is yet to be established.

McEnany in a press conference on Monday claims the Donald Trump campaign has “begun the process of obtaining an accurate, honest vote count”.

“This election is not over yet, far from it. We have begun the process of obtaining an accurate, honest vote count.

“We are fighting for the rights of all Americans who want to have faith and confidence not only in this election but in many elections to come.

“There is only one party in America that opposes voters ID, verify signatures, citizenship, residency, eligibility.

“There is only one party in America trying to keep observers out of count room, that party is Democrat party,” She said.

Donald Trump has no intention of admitting defeat in the US presidential election or offering Joe Biden his concession, his campaign insisted on Monday.

He has made unsubstantiated claims of electoral fraud.

One thought on “US Election: Whistleblower Says workers in satellite voting centers pressured voters to cast ballots for Biden”