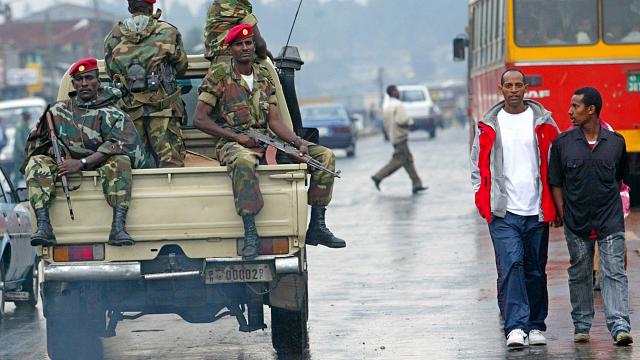 The move comes after the government of prime minister Abiy Ahmed declared an “unexpected war” on it’s northern state, threatening the stability of one of the world’s most strategic regions, the Horn of Africa.

Birhanu Jula Gelalcha, Deputy Chief of the Ethiopian Army described the war a shameful one. “Our country has entered into a war that it did not want. This war is a shameful war. It does not have a point. The people of Tigray and its youth and its security forces should not die for this pointless war. Ethiopia is their country.” the army chief explained.

The Tigray People’s Liberation Front (TPLF) are accused of an unprovoked attack on the Ethiopian army’s northern command, and of trying to loot its weapons.

Tensions between the government and TPLF, which used to be part of the governing coalition before falling out with Mr Abiy, have escalated in recent months.

The TPLF has accused Abiy’s administration of trying to destroy Tigray’s right to self-determination and conspiring with Ethiopia’s northern neighbour Eritrea to stage a military attack.

“In the regions around Tigray there is a massing of military forces. Consequently I have announced at a news conference to say that they are surrounding us with their forces. I stated that they have decided to go to war and we should all prepare to foil it. This is our proclamation, so let it be clear”. Gebremicheal said.

He stressed there was no reason for this because the people of Tigray held an election. “There was nothing new that happened. This is the action of a self-loving government that is trying to resolve, albeit though not possible, political differences through force, weapons, and war. That is why they have declared war on the people of Tigray.”

On Tuesday, the federal parliament proposed that the TPLF be designated as a “terrorist organisation.”