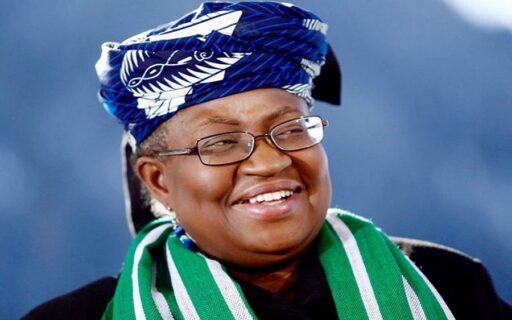 The WTO is postponing a meeting next week where members were to try to pick a new chief but with little chance of succeeding after Washington blocked the favoured candidate, Nigeria’s Ngozi Okonjo-Iweala, AFP learned Friday.

The World Trade Organization’s 164 member states had been due to gather Monday to choose between two remaining candidates to head the crisis-wracked organisation.

But the head of the selection committee set up to help with the process told members Friday the meeting would need to be postponed.

“It has come to my attention that for reasons including the health situation and current events, delegations will not be in a position to take a formal decision on 9 November,” General Council chair David Walker said in a communication seen by AFP.

“I am therefore postponing this meeting until further notice during which period I will continue to undertake consultations with delegations,” he added.

The WTO selection committee, known as the troika, has held months of consultations with members towards finding a replacement for Roberto Azevedo, who in August stepped down as director-general a year ahead of schedule.

After gradually whittling down the initial list of eight candidates, the troika last week tapped Nigeria’s former finance and foreign minister Ngozi Okonjo-Iweala as the one most likely to obtain the needed consensus to take the helm.

But hopes that the final stage would be a simple rubber-stamping exercise were dashed when one country, the United States, announced it was intent on backing South Korean Trade Minister Yoo Myung-hee instead.

The US announcement threw the WTO leadership hunt into uncertainty.

In recent days many observers have stressed member states had little chance of agreeing on a new director-general as long as Donald Trump, perhaps WTO’s most fervent critic, remains in the White House, and have urged a delay.

“They are right, this is a good thing,” a European diplomat in Geneva told AFP following the announcement that the meeting would be postponed.

In theory, the members could toss out the consensus principle and turn to a vote, but such a procedure has never been attempted in practice at the WTO.

In 1999, when members were unable to unanimously choose who should be given four years at the helm, they opted to hand the two top picks a three-year mandate each instead of resorting to a vote.