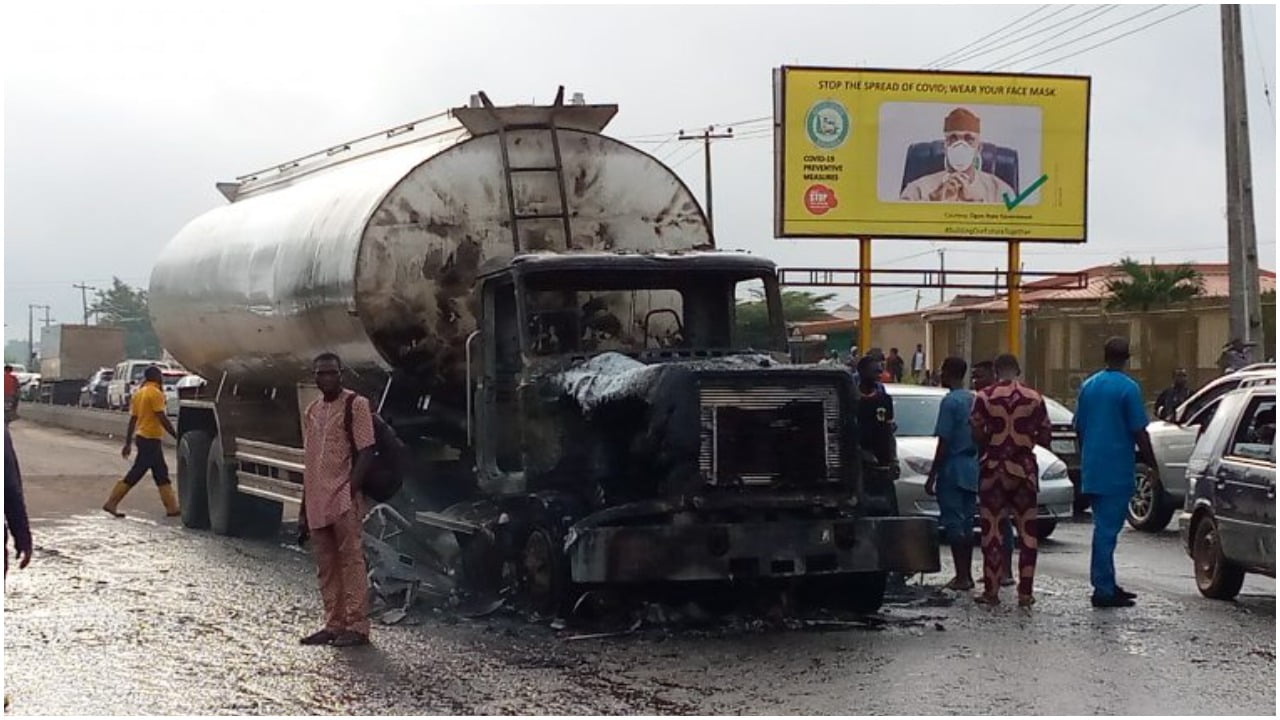 A petrol tanker loaded with about 50,000 litres of premium motor spirit (PMS) on Saturday gutted by fire in front of Ogun State Governor’s Office, Oke-Mosan, Abeokuta.

According to source, the tanker was coming from Ijora, Lagos State, en route to Adatan, in Abeokuta metropolis.

The driver, who identified himself as Nurudeen Yusuf, told newsmen that he, alongside his two motorboys, discovered a spark from the engine, which resulted in the fire outbreak.

The team leader of the Federal Fire Service at the scene, Sodiq Atanda, who lamented that the truck did not have a fire extinguisher, said it took the timely intervention of his men to put out the fire.

Atanda said, “If not for the proximity of our station and the timely intervention of our men, this situation would have been worse.”