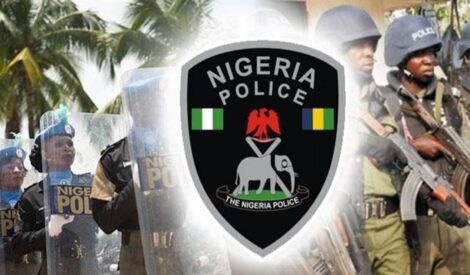 The Police Service Commission has express their displeasure over the refusal of some policemen to return to their duty posts following the killing of about 22 cops during the violence that broke out in the aftermath of the #EndSARS protests across the country.

The PSC said Public Service Rules, which also applies to members of the Nigeria Police Force, prescribes dismissal for any officer that deserted his job, while admonishing them to put the killing of their colleagues behind them.

The Commission stressed that policemen did not deserve to be killed and should in fact be protected as fellow human beings, but it however noted that the attack on them by hoodlums should not be an excuse for them to stay away from work.

Spokesperson of PSC, Mr Ikechukwu Ani, said the attacks on the police were not good for the country “because when you make Nigeria lawless and ungovernable, there would be a situation nobody would be able to control.”

The  PUNCH had reported that policemen had stayed away from blackspots and their duty posts following the killing of their colleagues by suspected hoodlums who hijacked the #EndSARS protests.

Riot policemen had also failed to respond to incidents of looting and vandalism of public and private property by miscreants in defiance of a directive by the Inspector-General of Police, Mohammed Adamu, ordering them to reclaim the public space from hoodlums.

Senior officers had expressed fear for their lives, saying their security was not guaranteed hence their decision to stay away from work.

But Ani, in an interview with Saturday PUNCH on Friday, said while the loss of policemen was painful, it should not be an excuse for security operatives to abandon their job of protecting the nation.

“The police as public servants are guided by the rules; so, they cannot on their own say they won’t go to work. Although, the Police Service Commission is also working to make sure they are protected because they are human beings; their lives also matter.”

The PSC spokesperson cautioned against further attacks on law enforcement agents, describing such incidents as an ill-wind that could lead to anarchy.

He added, “It would be an ill-wind that blows nobody any good but it is not a reason for anybody to say he won’t go to work. If you don’t go to work, the Public Service Rules will take its course.”

When asked if the Inspector-General of Police, Mohammed Adamu, had formally informed the commission about the loss of his men, Ani said he had not been briefed on it.

Section 030402 of the Public Service Rules lists absence from duty without leave as serious misconduct, which can be investigated and if proved, may lead to dismissal.

Meanwhile, the Chairman of PSC, Musiliu Smith, has urged the police to rejig their anti-crime strategies, assuring officers and men of the Force of improved welfare.

He spoke on Thursday when he inspected some of the damaged police formations in the Lagos State Command alongside some retired senior officers.

The police spokesperson in Lagos State, SP Muyiwa Adejobi, said in a statement on Friday that Smith called for “thorough investigation into all the cases recorded during the crisis.

He emphasised that officers and men of the command should take the ugly incident as one of the challenges and hazards of police job in a developing country like ours.”