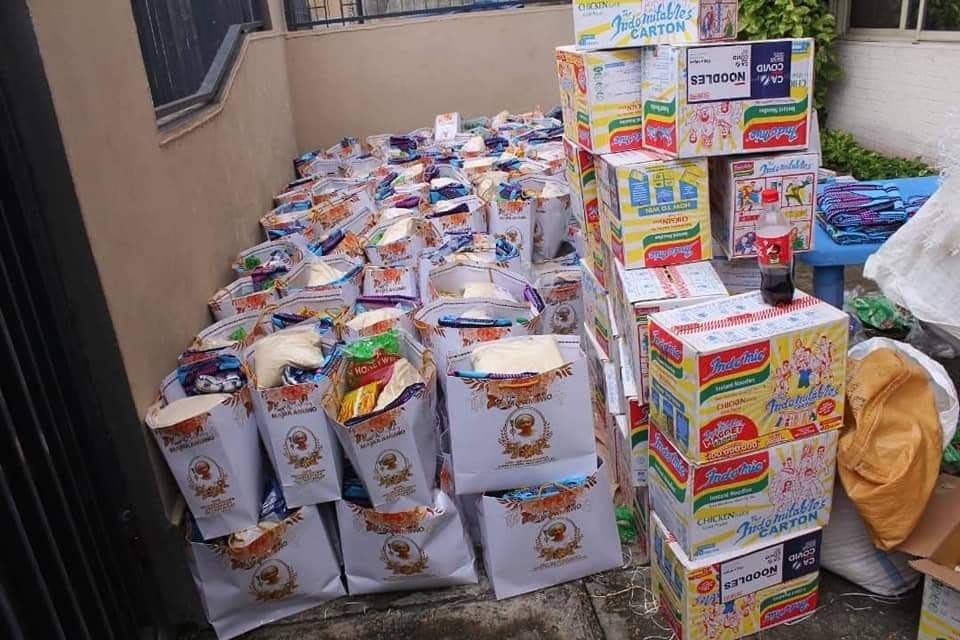 Barely twenty four hours after the lawmaker representing Amuwo Odofin constituency 1 of Lagos State, Mojisola Alli-Macaulay, claimed that most Nigerian youths are high on drugs all the time, a facebook user, Badero-Olusola Oluwaseyi known as Maiyegun-General has accused her of allegedly using noodles meant for COVID-19 palliatives as souvenir gift for her birthday celebration.

The controversial facebook user made the allegation on his facebook page on Friday, accusing the lawmaker of stealing COVID-19 palliatives meant for the poor as a birthday souvenir gift. He showed pictures of cartons of indomie noodles tagged CACOVID-19 packed besides her birthday souvenir paper bags.

The lawmaker during a plenary at the Lagos State House of Assembly on the looting and pandemonium, in the wake of the End SARS protest that was hijacked by hoodlums stated that ‘Most young people are high on drugs all the time. They go to social media to do all sorts of things’

She warned that the National Orientation Agency (NOA) needs to help change the attitude of the youths.

She said, “The National Orientation Agency needs to get to work. We need to begin to orientate our young people. They need people who can talk to them from time to time.

“They are high on drugs all the time, most of them. They go to social media and say all sorts of things.”

Alli-Macaulay argued that unemployment should not be an excuse for looting, stating that “I schooled in the UK and I saw a lot of young people who were not employed but they didn’t become hoodlums.”

However, It will be recalled that the police in Kano State on Wednesday, recovered 1,958 cartons of noodles diverted from Benue State’s portion of COVID-19 palliatives.