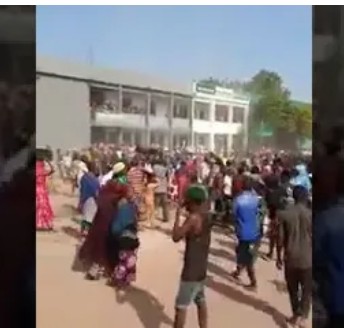 The Nigeria Customs Service (NCS), Adamawa zonal office located in Yola, has lamented the looting of its store and breaking into its offices by thugs.

Confirming the incident to newsmen, the controller in charge of the zone, Kamardeen Olumoh, said that the thugs did loot the Customs warehouse, where seized contraband goods were stored and vandalised some offices, including the computer section.

“They even rolled out some of the vehicles parked in the premises,” Olumoh said, explaining that the thugs did such things because his men had to be careful not to react in a way that could cause human casualty.

The Customs zonal headquarters had been among government establishments affected when thugs perpetuated violence and looting on Sunday and Monday mostly in the Adamawa State capital, Yola, in the name of the EndSARS protests.

There have been widespread incidents of violence and looting across the country as hoodlums hide under the guise of the #EndSARS protests to wreak havoc on citizens.