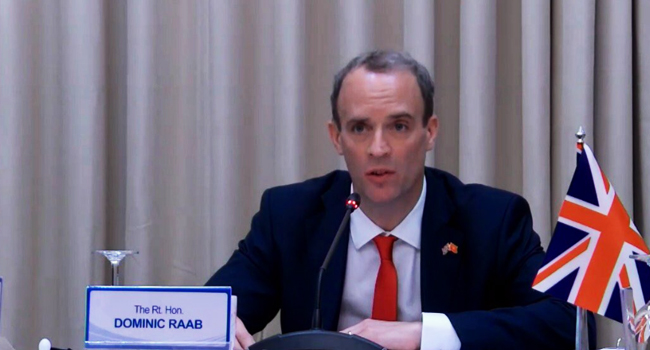 The British Foreign Secretary Dominic Raab has lend his voice in condemnation on the recent killings of innocent protesters at the Lekki toll gate said that he was “deeply concerned” by the recent violence in Nigeria and reports of civilian deaths, and called for “an end to the violence”.

Mr. Raab made this known in a statement on Wednesday, said “The Nigerian government must urgently investigate reports of brutality at the hands of the security forces and hold those responsible to account.”

Amnesty International has accused the army and police of killing at least 12 people in two Lagos locations during the deadly crackdown.

The shooting drew widespread international condemnation from Joe Biden, Hilary Clinton and the European Union, with UN High Commissioner for Human Rights Michelle Bachelet saying reports suggested it could have been premeditated.