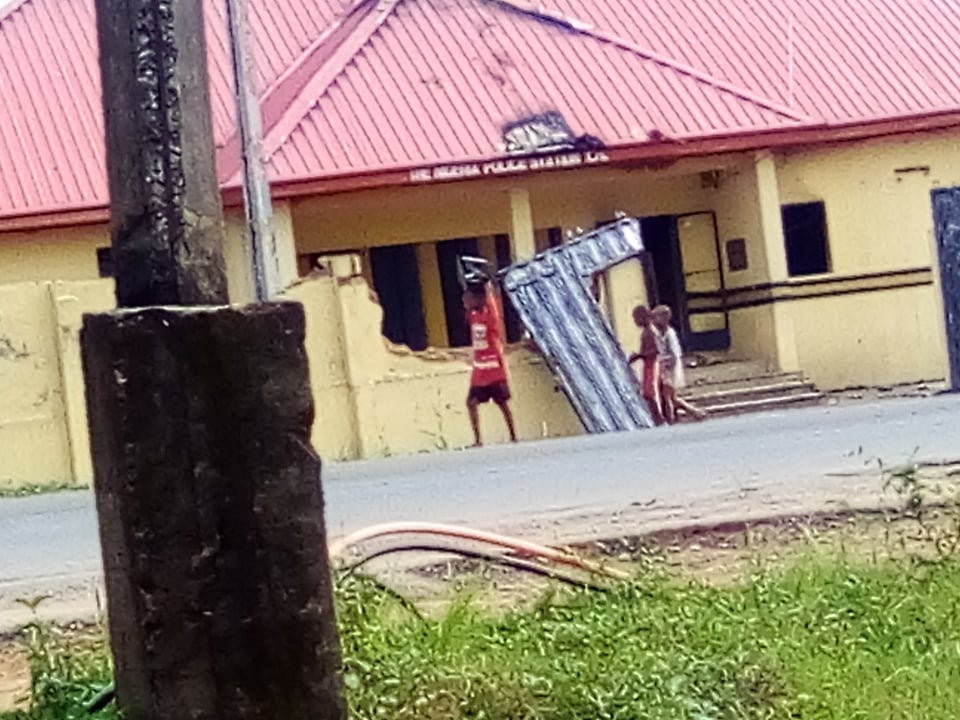 Hoodlums in large number have attacked Police Formations, beheaded a Police Officer and set him ablaze in Anambra state.

Disclosing the incident in a statement by Anambra state Police Command Spokesman, Haruna Mohammed on Thursday.

He said, “On the 21/10/2020 at about 11:30pm hoodlums in large number under the guise of “END SARS”protesters attacked Nnewi Police Station, set it ablaze and vandalized patrol vehicles and other exhibits but were prevented from assessing the armoury to cart away arm due to strong resistance placed by police men on duty.

“Similarly, on the 22/10/2020 between 3:30am and 5:pm, the hoodlums in large number equally attacked Nnewi Area Command, 3-3 Division, Ogbunike/ Isiuwulu, Ozubulu, Nnobi, and Itchy Divisions as well as peoples club police post, burnt Police vehicles and set the facilities ablaze carting away exhibits kept at the Divisions.”

He further said that one police officer was beheaded and burnt to ashes while three others sustained various degrees of injuries. The injured police officers were rushed to the hospital for medical attention and they are responding to treatment.

According to the Spokesman, police operatives in collaboration with members of the Communities comprising of youths, vigilante and Community leaders at Okpoko, CPS Awka, Oraifite, Otolo, Amichi and Oba vehemently resisted attempt by the hoodlums to attack the police Stations.

In the course of the attack, Five casualties were confirmed in Onitsha and taken to the hospital for medical attention where three have been confirmed dead by the medical doctor while two others are receiving treatment.

While mentioning damages, he said that government property burnt or destroyed includes High Court Ogidi, Idemili North LG Secretariat while Zik Statue at DMGS roundabout was vandalized. He confirmed that arrest was equally made.

“Finally, it is interesting to note that one major factor responsible for the overall successes recorded by the Command are the support of His Excellency the Executive Governor of Anambra State Chief Willie Obiano, “Ndi Anambra” and residents alike particularly Youth, Community leaders and local vigilante group who were observed to have been very cooperative with the personnel of the security agencies,” he added.

The Commissioner of Police, John B.Abang, has urged the Public to sustain this level of cooperation with the Police at all times especially during this trying period in order bring lasting peace in Anambra State.