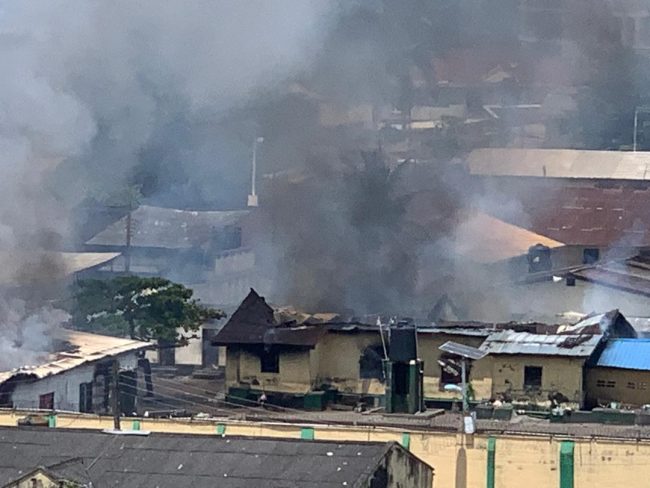 The Ikoyi Correctional Centre in Lagos state has been reportedly under attack as gun shots were been heard around the area.

Policemen and soldiers arrived at the Ikoyi Correctional Centre in a bid to foil what appears to be an attempted jail break.

According to eyewitness,  “I can see them from my balcony at the moment. Soldiers and policemen have arrived. I saw prisoners throwing stones and I saw fire.
“A lot of the prison officials have gathered at the entrance of the prison while some of the inmates have retreated.”