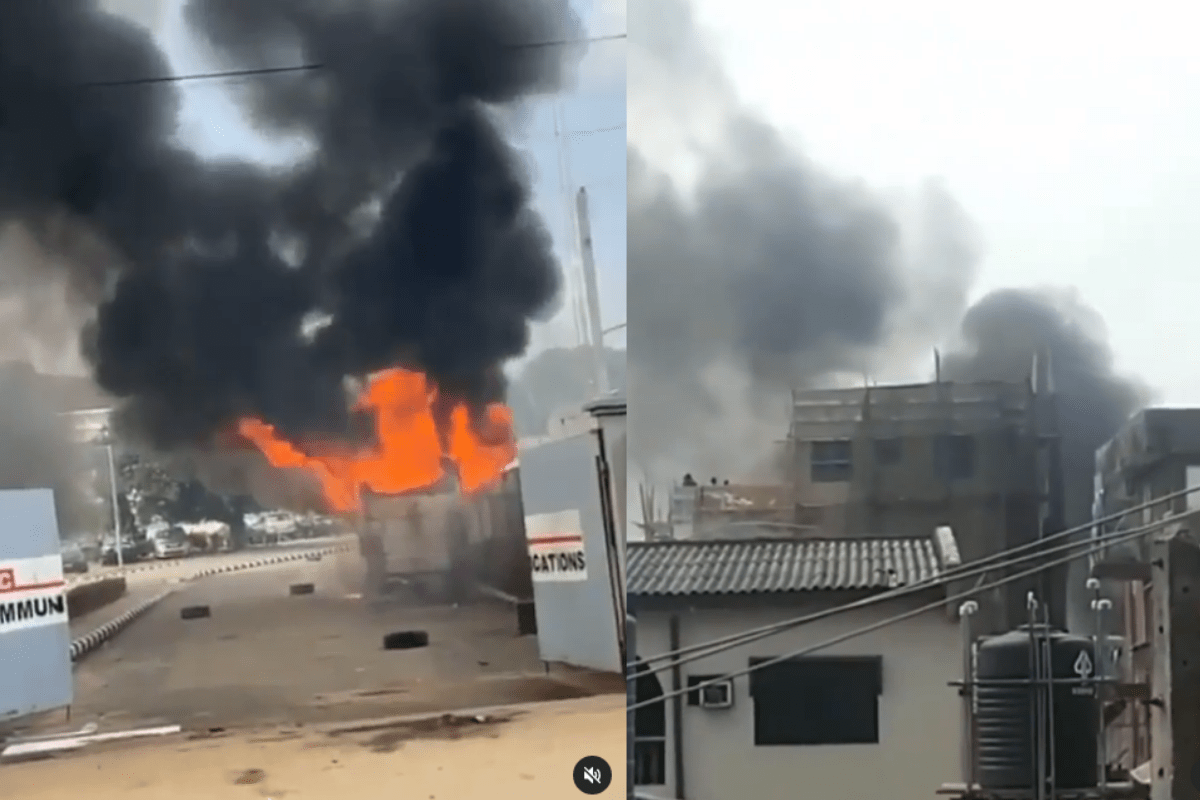 TVC headquarters in Lagos has been reportedly set ablaze by angry Mob, the Station has now gone off air. This is coming hours after Nigerians accused the Lagos politician of playing a role in #LekkiMassacre.

One of the hosts in Your View, an all-female talk show on TVC, Tope Mark-Odigie said: “Thugs are at the gate.”

Before then the anchor of the show, Morayo Afolabi Brown, had had a live interview with Miyen Akiri, a TVC correspondent covering the tense situation at Ikoyi-Lekki bridge in Victoria Island, Lagos.

Angry thugs must have attacked the station as a result of the death of more than nine unarmed peaceful protesters at the Lekki Toll Gate when armed security men opened fire on them on Tuesday 20 October, 2020.