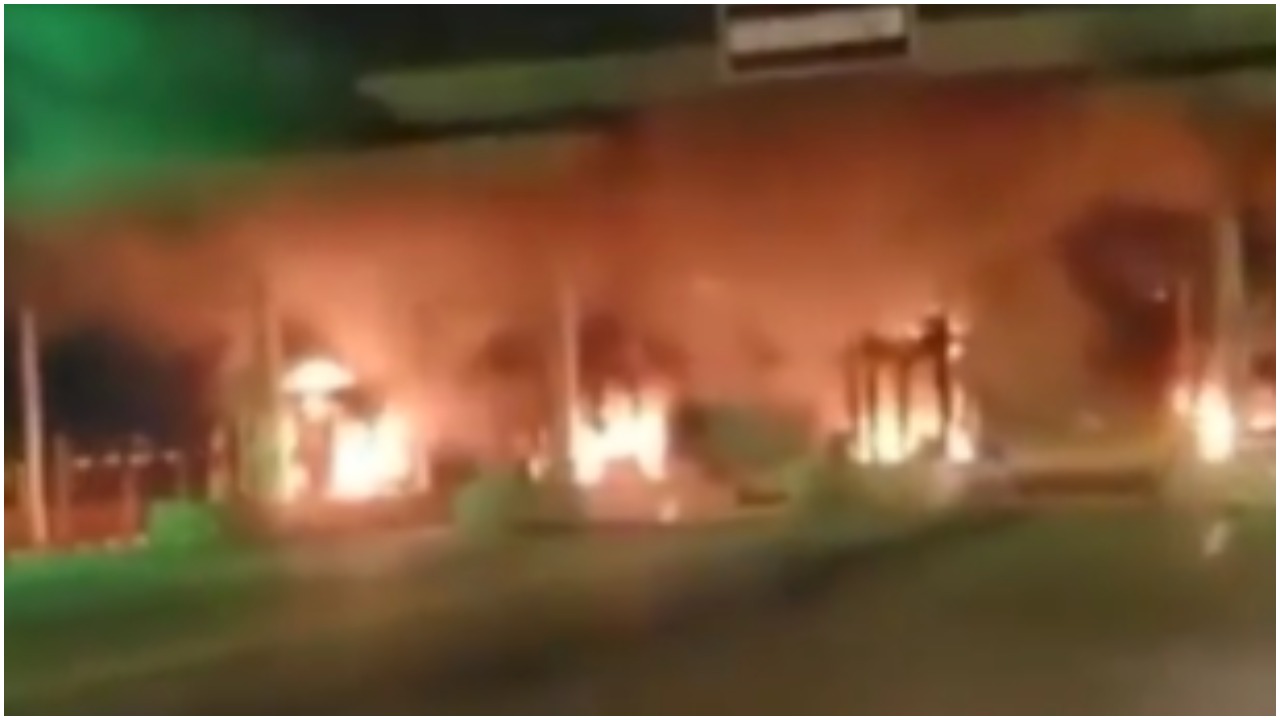 Over nine people has been confirmed dead just after the massacre. It was alleged that military personnels seized their corpses and emergency services were blocked from attending to some casualties.

This is coming shortly after the Lagos state Government issued a 24hours curfew immediately after hoodlums attacked a Police station at Orile Iganmu area of Lagos state.

Below is an Eyewitness footage;