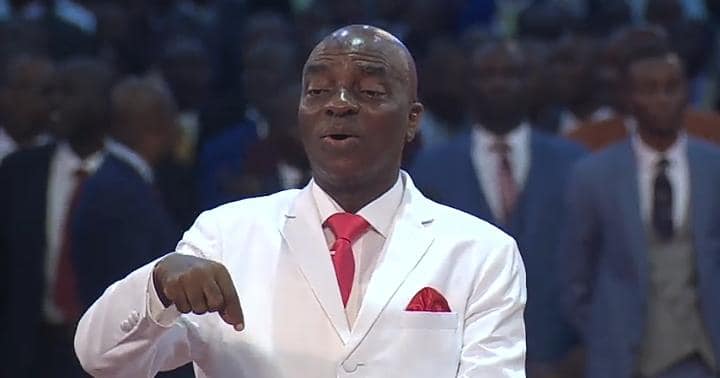 The founder of Living Faith Church Worldwide, Bishop David Oyedepo, has joined his counterpart, Pastor Enoch Adeboye of the Redeemed Christian Church Of God, to call for an end to police brutality and extra-judicial killings of Special Anti-Robbery Squad (SARS).

Speaking to the congregation of the church, Oyedepo said we have been having spates of protests across the nation, Every man has a right, legitimately so, to express their displeasure and pains, Everybody has!

“I kept quiet for a while because I warned in 2015..Now they have faced the Youth.

“Any system that has no value for human lives is irrelevant.

“This is worse than Animal Farm,” the cleric said.

Oyedepo further said that the most gruesome season in the history of this nation is the last 5 years, where lives have no value: wanton killings here and there.

“Now they have faced the youths and because they don’t know who is next, they have a right to say, ENOUGH IS ENOUGH,” he added.

The church opened it’s Provincial Centres to mitigate effects of the protests in Lagos and Ota.