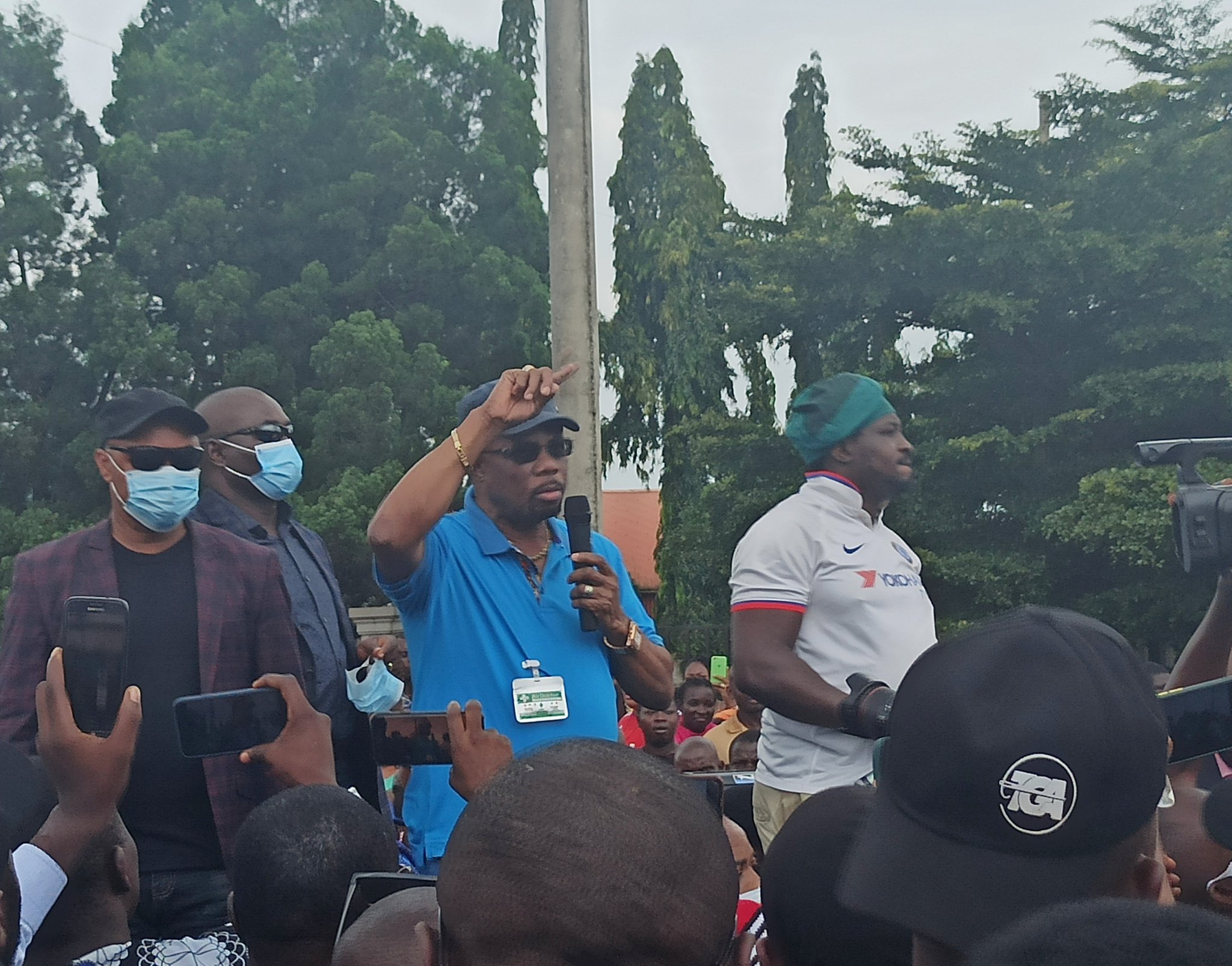 The Governor of Anambra state, Willie Obiano has set up Panel of Inquiry over reports of abuse of human rights by the defunct SARS operatives and affirmed the sack of a former commander of the Special Anti-Robbery Squad (SARS) in the state, CSP James Nwafor.

Governor Obiano disclosed this on Thursday via his Twitter page, following the protest by the youths in the state against Police brutality and extra-judicial killings, seeking the prosecution of Mr. Nwafor.

“Today, I joined youths of our dear State to say #EndPoliceBrutality and I support them because they did not only vote and defend their votes in my 21-over-21 victory but all their requests are genuine and germane, and I oblige to honour them all.

“I felt honoured being in their midst to share in their feelings; and I made it clear that: First, Federal Government has disbanded SARS but I will personally visit all SARS offices in Anambra State to ensure that anyone being held is released, immediately;

“Second, James Nwafor, former OC SARS in Anambra State is sacked and will be prosecuted; Third, I’ll ensure that the Presidency does the needful to ensure a better life for our youths, for us, ndi Anambra and for our nation.

“Third, I’ll ensure that the Presidency does the needful to ensure a better life for our youths, for us, ndi Anambra and for our nation. Long Live Anambra Youths! Aluta continua!”

He also disclosed that a panel has been set up to investigate police brutality and extra-judicial killings in the state.

He said the panel will look, in particular, into allegations of extrajudicial killings by a former head of the SARS Office in Anambra, Chief Superintendent of Police James Nwafor (retired), whose appointment as a Special Assistant to the Governor has since been terminated.

“James Nwafor, former OC SARS in Anambra State is sacked and will be prosecuted.

“I have also directed the Commissioner of Police in Anambra State to review all detentions in not just the SARS facilities in the State but also in all police formations to ensure that the freedoms and dignity of all citizens are upheld at all times.”

“James Nwafor will face prosecution if found guilty of any of the alleged offences.

“CSP Nwafor is being accused of killing several youths and extorting from the citizens,” he said.

The governor assured residents of the state that all those arrested will be released immediately.