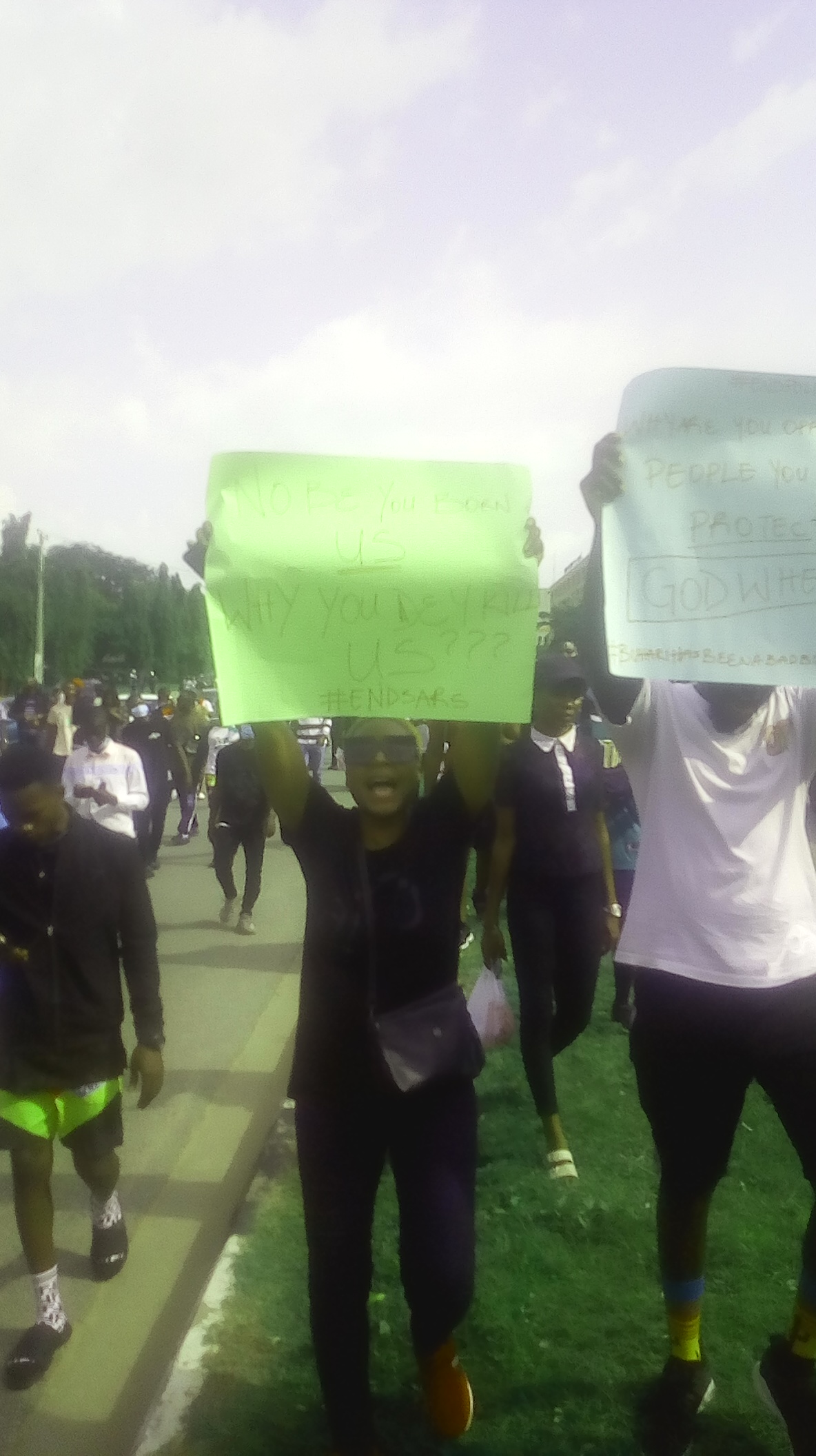 Some armed thugs have reportedly attacked a peaceful protesters at Berger junction, Abuja, injured many and destroyed cars.

The thugs were said to have armed themselves with machetes of various sizes, matching furiously towards the direction of those protesting against Police brutality and end to the operations of the Special Anti-Robbery Squad (SARS) in the country.

The protest which started peacefully on Wednesday morning caused a huge gridlock along Berger Finance axis until the sudden attacks by the unidentified thugs but were later chased out of the venue by #ENDSARS protesters.