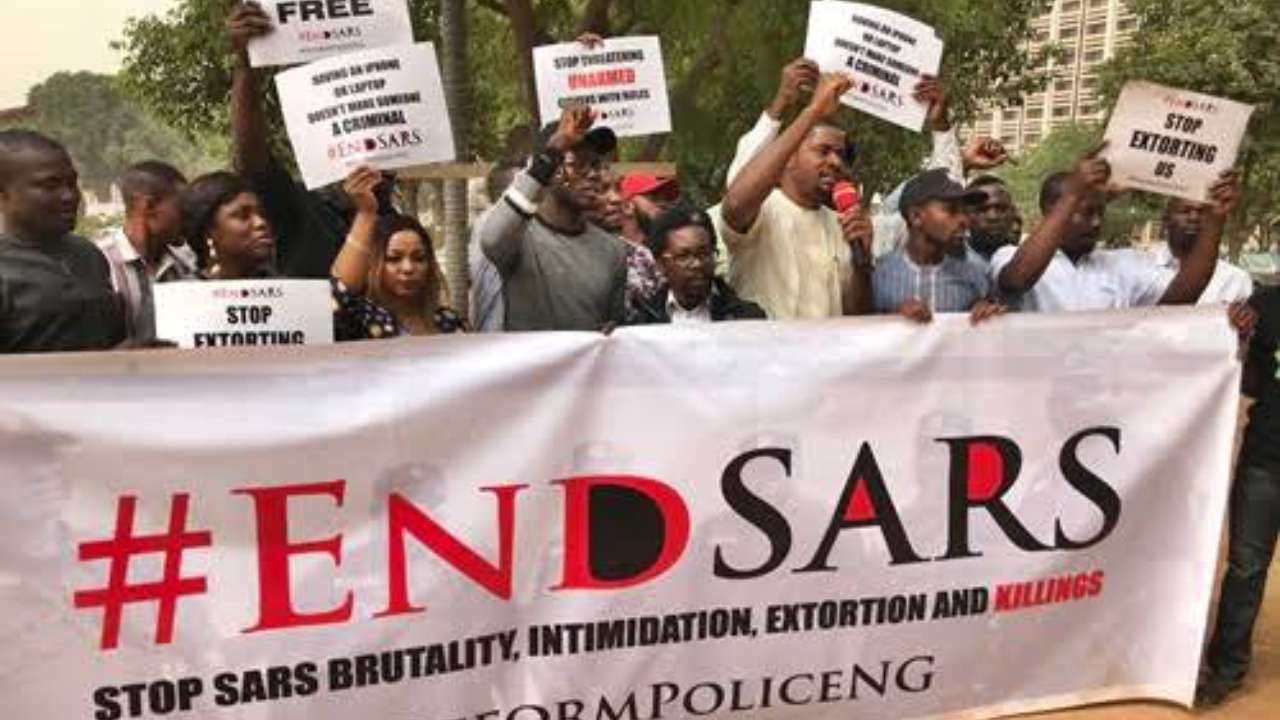 The Lagos State police on Thursday dispersed some youths who took to the street to protest against brutality and extortion by men of the Special Ant-Robbery Response Squad.

According to source, the protesters arrived at the venue of the protest, Lekki toll gate opposite Oriental Hotel, at about 09.15 am.

The protesters who marched to the street with their placards seeking the dissolution of the FSARS unit of the Nigeria Police Force, were dispersed by the policemen and allegedly assaulted some of the protesters.

“They attacked us. They slapped me, they tore our clothes,” one of protesters said.

Despite the Police disruption, the protest later held after the arrival of popular entertainers, Folarin Falana, popularly known as Falz, and Runtown.

This time the protesting youths were seen carrying placards and chanting #EndSARS.

Both Falz and Runtown counselled the protesters not to be violent as they engaged security operatives who attempted to disrupt the protest.

The protesters, who gathered at Lekki toll gate, marched to Onikan and Appeal Court through the Nigerian Law School.

Though, the intervention of the IGP could not do much as many people were demanding for a total disbandment of the unit.