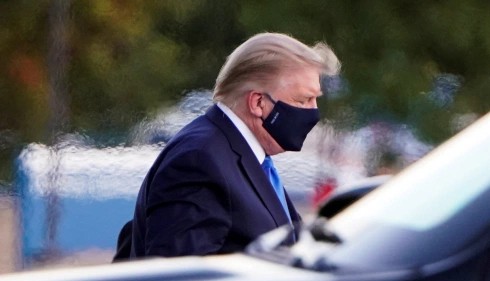 In the video posted on his Twitter account, Trump said: “I came here, wasn’t feeling so well. I feel much better now. We’re working hard to get me all the way back.”

President Trump further said that his doctors will be monitoring him over the next few days, which will be “the real test, so we’ll be seeing what happens over those next couple of days.”

Earlier on Saturday, White House physician Sean Conley said at a press conference that Trump was “doing great.” But moments later Chief of Staff Mark Meadows said Trump’s vitals were “very concerning” and there was “no clear path to a full recovery.” Meadows then flip-flopped hours later, saying Trump is doing very well further adding to the confusion.

Read Also:  Wisconsin Shooting: Police Officer Will Not Be Charged For Killing Teenager

Trump and his wife Melania tested positive for coronavirus on Friday after a Presidential campaign debate with Joe Biden.