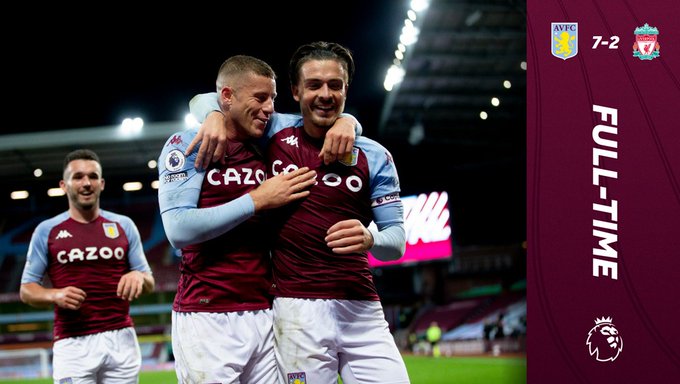 Former Brentford striker Ollie Watkins scored his first hard trick at the first half of the game, MCGinn, Barkley and Grealish all saw the back of the net for Villa. Mohammed Salah’s double could not salvage the champions as they had their worst performance in a decade.

This is the first time Liverpool conceded seven goals since 1963 and their fourth Premier League defeat since January 2019.

It is unbelievable how Aston Villa that almost got relegated last season could beat the defending champions in a humiliating encounter. They are now second on the table ahead of Arsenal and Liverpool.