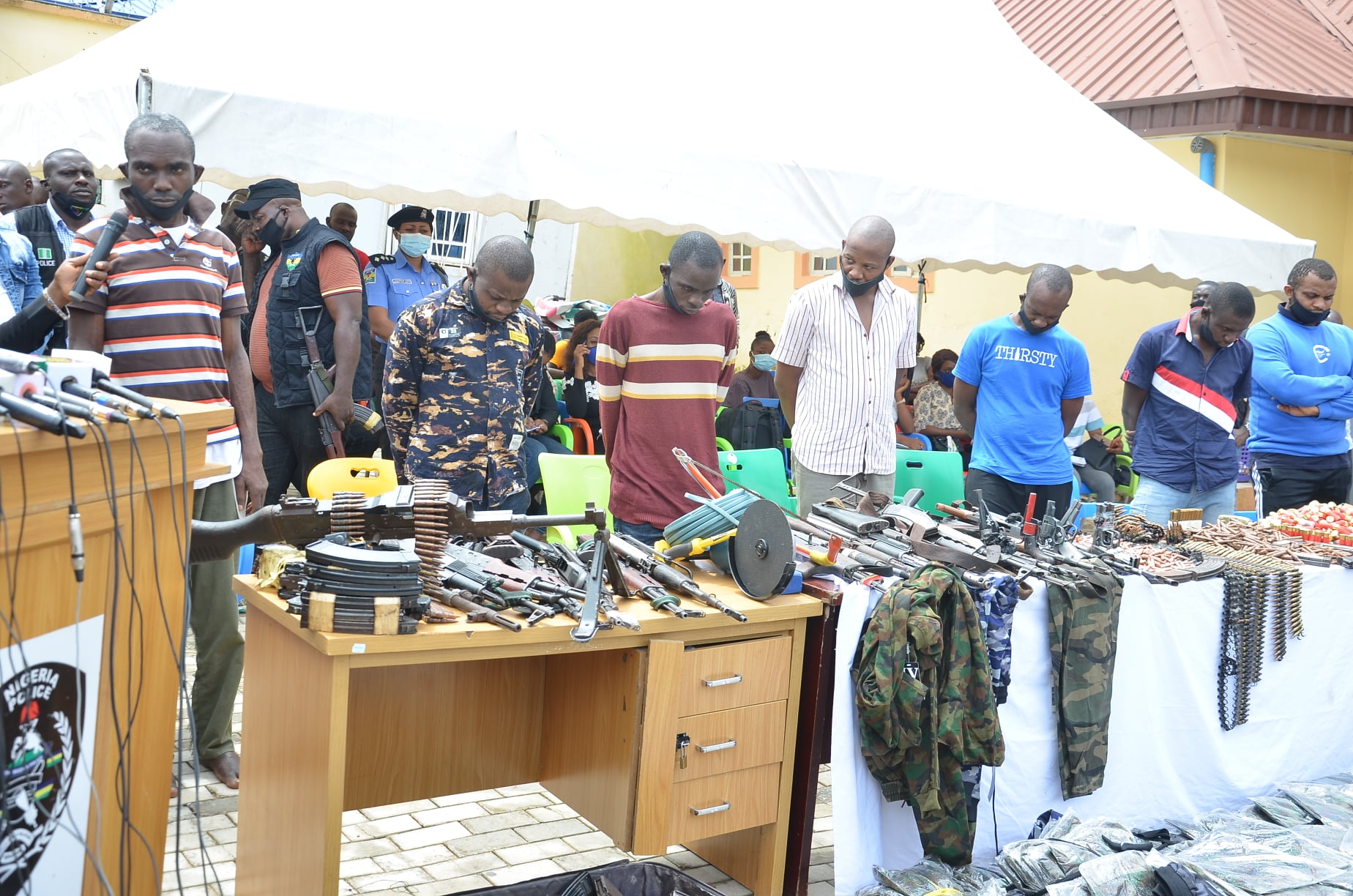 While parading the suspects in Abuja on Wednesday, the Force Spokesman DCP Frank Mba said the 47 suspects were linked to various offences, including armed robbery, murder, kidnapping, unlawful possession of weapons, cattle rustling, and house-breaking.

“A total of 321 rounds of live AK 47 ammunitions, nine pistols, 10 AK 49 rifles, seven AK 47 rifles and 864 rounds of live cartridges were discovered from them.

“Cash totaling N258,570 and other incriminating items were also recovered from the suspects, not forgetting 583 pieces of camouflage,” he added

On the kidnapping sydincate he said, “Members of the syndicate belonged to a well-organised kidnapping enterprise were arrested fully dressed in the uniform of the.Nigerian Army,”

“The suspects were reporting directly to another group, who was their commander and had also been on the wanted list of Police, with over 100 men who directly work under him.

“The suspects confirmed that they collect ransom from their victims’ relatives before releasing them.

“But for those that their relatives couldn’t afford the ransom, they usually took permission from their commander to kill the victims.“

Mba said another suspect, a 58-year-old man , was arrested with 864 live cartridges transporting from eastern part of the country to Taraba State.

He was said to have hidden the live cartridges in a bag containing second-hand clothes popularly known as okrika.

Meanwhile, he said that there would be no hiding place for criminal elements in the society, and warned them to desist from criminal or shady activities.

“We say this, repeatedly, that no matter how smart you are as a criminal, you have a very short life span within the criminal enterprise.

“No matter how tough you think you are as a criminal, we will always get you. It is bad enough for you to commit crimes out there, but it is worse when you begin to take the lives of police officers, soldiers and other members of our Armed Forces.

“It’s a crime to take the lives of other members of the law enforcement community, who are charged with that sacred duty of protecting lives and properties.

“And when you do that in addition to other crimes you committed, you do not only provoke us but also God in heaven, and you will never have a hiding place,” FPRO said.

On the Nigeria @60 Independence celebration, he assured the Police’s commitment as the lead agency in internal security remains unshaken.