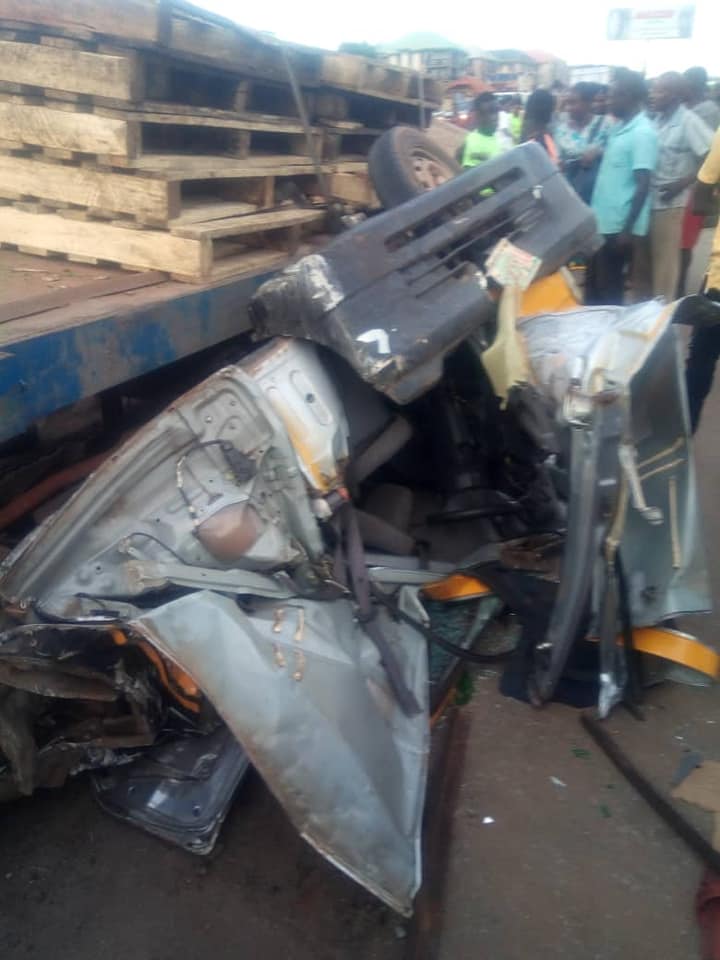 A yet to be identified driver of Mack Truck with Registration number, KK837JJJ, ran into pedestrians and a shuttle Bus with REG number FGG455XA along Upper Iweka by old defunct NITEL Onitsha. As a result of incident, five persons sustained varying degree of injuries.

The fatal accident which occurred on Friday evening at around 5.05 was as a result of loss of break.

Confirming the incident, the Anambra state Police spokesman, SP Haruna Mohammed said in a statement,“Police operatives attached to CPS Onitsha quickly mobilised to the scene and rushed victims to Toronto hospital where the doctor confirmed one person dead on arrival while four others are responding to treatment.

“ Meanwhile,corpse has been deposited at the mortuary for postmortem Examination and obstruction cleared to enable free flow of traffic.

“However,the Truck driver escaped and effort is being intensified to get him arrested.Case under Investigation to ascertain circumstances surrounding the incident.

“Consequently,the Command urged the public whose relations were not seen to check at Toronto hospital Onitsha for possible identification of the victims,” he said.