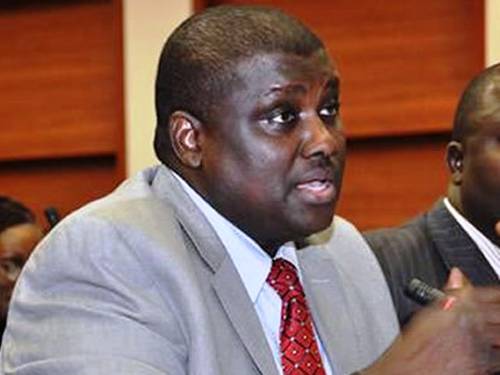 Surety to the former Chairman of the defunct Pension Reform Task Team, Abdulrasheed Maina, Senator Ali Ndume, has informed a Federal High Court in Abuja that he could no longer find the defendant whom he had made legal commitment to always produce in court for his trial.

Senator Ndume said this on Friday at the Federal High Court in Abuja while responding to the judge’s query about Maina’s absence for the third time in a row within one week.

The Economic and Financial Crimes Commission (EFCC), is prosecuting Maina on 12 counts of money laundering involving about N2bn.

Justice Okon Abang who is the trial Judge, had ordered the defendant, Maina to provide a serving senator as a surety for the bail granted to him.

Following Maina’s repeated requests, Justice Abang had varied the bail conditions twice, reducing the bail sum from the original N1bn to N500m with only one surety as opposed, two originally requested by the court.

The Judge had ordered that the only surety who must be a serving senator must be ready to accompany the defendant to court and sign the court’s register of attendance for every hearing session.

Ndume who represents Borno South Senatorial District where Maina hails from later agreed to serve as the defendant’s surety.

However, the case was adjourned till October 5, with an order that the surety must be in court with the defendant on that day.

Mr. Maina was granted bail on July 28, nine months after he was detained at the Kuje Correctional Centre Abuja.