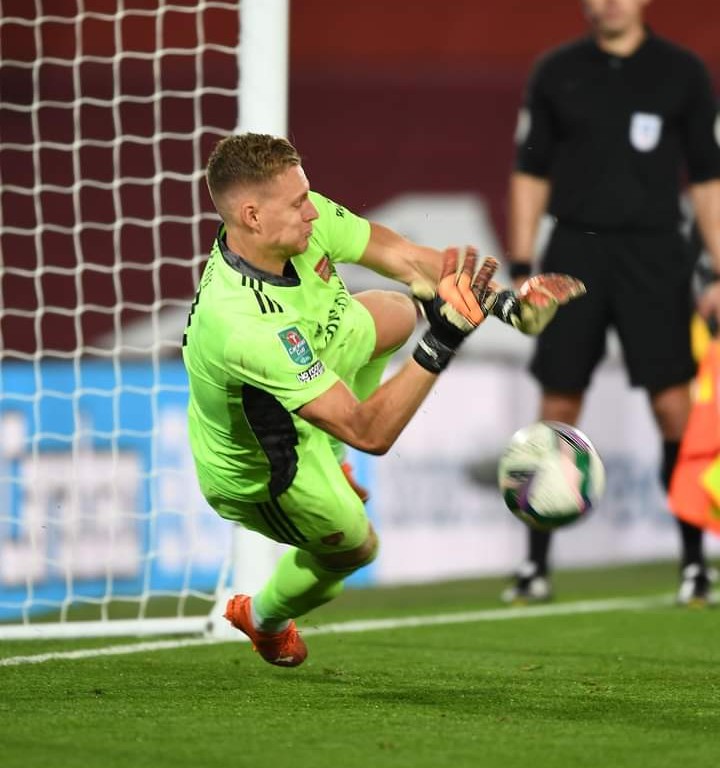 Arsenal beat Liverpool on penalty shootout to advance to the quarter-finals of the Carabao Cup. Bernd Leno saved Harry Wilson’s penalty kick to put the gunners through.

The match entered a penalty shootout after a 90 minutes full time goaless play.

“I think it was a very tough game, I think we did a few changes but you could see our philosophy and our attention to win this game, it’s only the Carabao Cup but we wanted to go through to the quarter finals because it was a chance to win another trophy and luckily we won a penalty shootout.

“In the end I don’t mind we won this game, it’s very different for a goalkeeper to save some penalties and see some laughing faces after this game.

“I think (Willock’s winner) was not the best penalty but in the end the ball was in so that’s the main thing and at the end we won this game.

“I’ve never feared (not being Arsenal’s first choice), because the club always gave me the feeling that I was the No1, I am the No1 and I will be the No1, my job is to prove it and I did so tonight,” Leno, the man of the match said in an interview after the match.