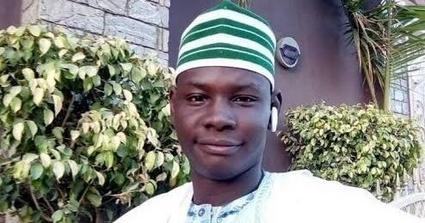 Independent UN human rights experts have called on the Nigerian Government to immediately release a singer, Yahaya Sharif, sentenced to death over an allegedly blasphemous song he performed and shared on WhatsApp. The 22 years old singer was sentenced to death on 10 August by a Sharia court in Kano for sharing a song he had written and performed through a WhatsApp group, which prompted call for his execution from some quarters. This lead to a mob action, that burnt down his family home in March and he has severally received death threats.

According UN News report, the human rights experts called for the death sentence to be overturned and for authorities to guarantee his safety and right to due process , while he appeals the verdict.

“We are deeply concerned over the serious lack of due process in Mr. Sharif-Aminu’s case so far, especially reports that he has been held incommunicado, and that he did not have access to a lawyer during his initial trial, a trial that was not open to the public,” the experts said in a statement .

The experts added that artistic expression of opinion and beliefs, through songs or other media – including those seen to offend religious sensibilities is protected in accordance with international law.