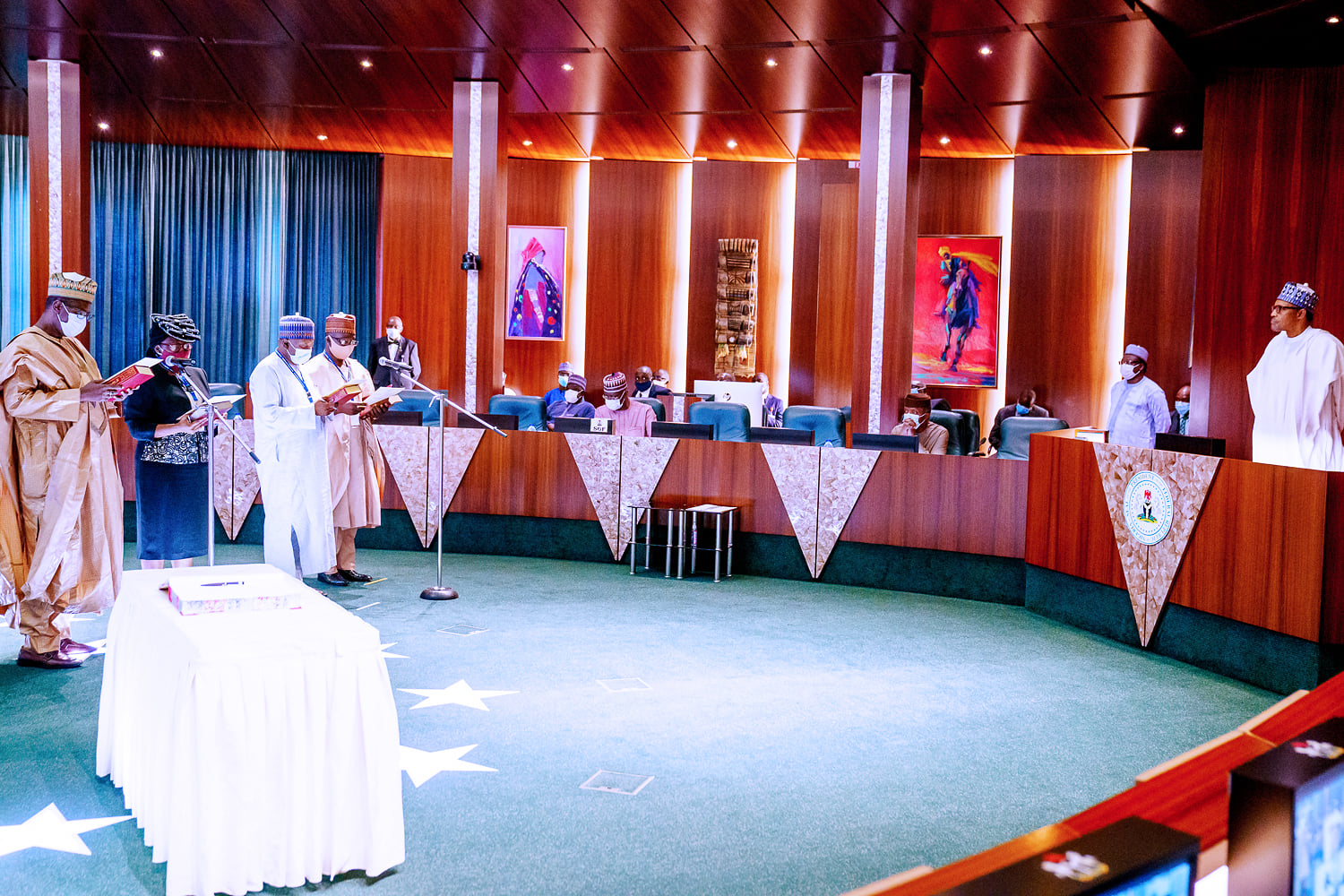 The four new Permanent Secretaries, three men and a lady, completed the list of 16 persons appointed in June this year, among whom 12 persons had been sworn-in more than a month ago.

In attendance at the swearing- in are, Vice President Yemi Osinbajo (SAN); Secretary to the Government of the Federation (SGF), Boss Mustapha; Chief of Staff to the President, Professor Ibrahim Gambari; the National Security Adviser (NSA), Retired Major General Babagana Monguno.

President Muhammadu Buhari presided over the Swearing-In of the 4 Permanent Secretaries and the Federal Executive Council (FEC) meeting at the State House, Abuja.