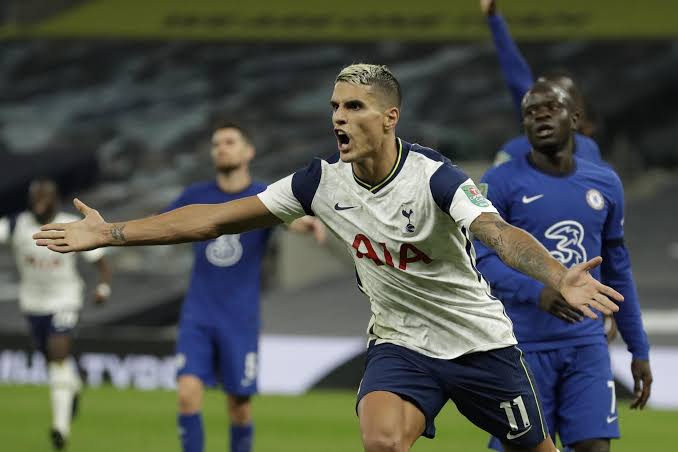 Tottenham has beaten Chelsea on penalty shootout to advance to the next round of the Carabao Cup.

A total of nine penalties had been converted before Mason Mount failed to convert the 10th. The England midfielder’s kick hit the post and went wide.

Chelsea had dominated the first half and new signing Timo Werner scored his first goal for the club with a superb finish into the bottom corner. Spurs equalized after the break and Sergio Reguilon’s side-footed effort from inside the area was pushed over the crossbar by Chelsea goalkeeper Edouard Mendy, who was also making his first appearance for his new club. Jose Mourinho’s side got their rewards seven minutes from time when Spaniard Reguilon’s cross sailed through to the back post for Erik Lamela to coolly convert from six yards. The match went straight to penalties after full time play with no extra time given.